Dan Bilzerian Net Worth: Dan Bilzerian is an American venture capitalist, actor and gambler who has a net worth of $200 million. Dan Bilzerian became internationally famous thanks to his enormous social media following. He has more than 30 million followers on Instagram alone. On social media Dan posts photos and videos of his over-the-top luxurious lifestyle.

Early Life: Dan Bilzerian was born in Tampa Bay, Florida on December 7, 1980. Dan’s father, Paul Bilzerian, was a prominent private equity/corporate takeover specialist in the 1980s. Dan is of Armenian descent through his father. By the time Paul Bilzerian was 36 years old he had already earned a self-made $40 million fortune. Unfortunately, in 1988 Paul was indicted for tax and security fraud.

Dan was eight years old at the time. The elder Bilzerian declared bankruptcy in 2001 claiming just $15,000 in assets and more than $140 million worth of debt. Dan’s mother is named Terri Steffen. Dan has a brother named Adam who is a fellow poker player. At their peak, the family lived in the largest home in Tampa, a 28,000 square foot mansion with 10 bedrooms.

This house was foreclosed on in 2016 after Paul relocated to the Caribbean to escape arrest. Before their father was indicted, he reportedly set up trust funds for both Dan and Adam. It’s unclear how much of these funds have contributed to Dan’s present-day opulent lifestyle or whether any of those funds were potentially ill-gotten in Paul’s alleged tax and security frauds.

Dan Bilzerian’s Early Career: Dan joined the Navy in 1999. In 2000, Bilzerian went on to undergo SEAL training, and completed two hell weeks, but he was kicked out of the program a few weeks before graduation after having a disagreement with one of his administrators. The disagreement reportedly involved a safety violation on the gun range. After leaving the Navy, Dan enrolled at the University of Florida where he majored in Criminology and Business.

Poker Career: In 2009, at the age of 29, Dan started playing poker professionally. He finished in 180th place at the 2009 World Series of Poker Main Event. This would turn out to be his most successful officially sanctioned poker event. His winnings topped $36,000. Today Dan is reputed to be a very good poker player. Though his official career winnings at sanctioned events are relatively small, he claims to have won millions, and even tens of millions, in private events. In 2011, Dan and ten other celebrities were asked to pay back their winnings they’d won against Ponzi scheme artist Bradley Ruderman after Ruderman was sentenced to prison. They were asked to pay back the money to help pay back victims Ruderman had stolen from over the course of his criminal career. That same year, Dan publicly defended Alex Rodriguez against accusations that Alex had gambled illegally.

During one particularly legendary event, Dan reportedly won $12.8 million. $10.8 million playing a single game of heads-up, no-limit hold’em, at stakes of $5,000-$10,000. After winning, he immediately took a private jet to Mexico to celebrate. In that year alone, 2014, he claims to have won $50 million playing poker. He also has lost more than $3 million on at least three different occasions. He was named the “Funniest Poker Player on Twitter” by Bluff Magazine, and is also the co-founder of Victory Poker. 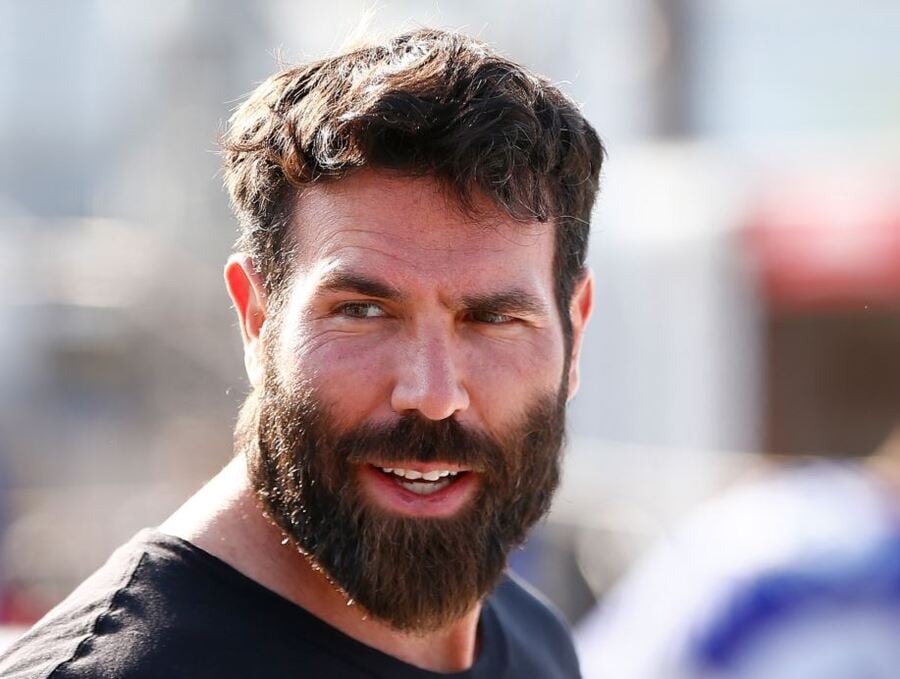 Acting Career: In addition to his poker playing, he has also appeared in the films, “Olympus Has Fallen”, “Lone Survivor”, “The Other Woman”, “Extraction”, “The Equalizer”, “Cat Run 2”, and 2016’s “War Dogs.”

Legal Issues: Bilzerian ended up suing the producers of Lone Survivor complaining that he had loaned the company $1 million in exchange for a minimum of 8 minutes of screen time and 80 words of dialogue. In the final version of the film his role ended up being less than one minute with just one quick line of dialogue.

His lawsuit sought $1.2 million, his original loan amount plus 20%. It was later dropped since Dan had garnered so much publicity around the issue, and he reportedly ended up making $1.5 million on his investment anyway due to the film’s success.

Dan was banned from a Miami nightclub in August 2014 for kicking model Vanessa Castano in the face during an altercation. Dan stated that Vanessa and another woman had attacked his girlfriend. Castano sued Dan for $1 million dollars for her injuries.

Later that year, Dan was wrapped up in a lawsuit with pornographic actress Janice Griffith. He reportedly threw her off a roof and into a pool as part of a photoshoot for Hustler. However, she was left with a broken foot when she fell short of the pool and hit the edge. She asked Bilzerian for $85,000 for her injuries which he rejected. Griffith then filed a lawsuit against both Hustler and Bilzerian.

That same month, December, Bilzerian was arrested at LAX Airport on bomb-making charges. His charges were dropped and he was released the same day. In February 2015, Dan pleaded no contest to a charge of “negligently failing to extinguish a fire in the open”. He was fined $17, 231 dollars.

Social Media: Dan Bilzerian has received a level of notoriety recently thanks to his Instagram uploads (he has over 26 million followers) which chronicle an amazing playboy lifestyle that would make Hugh Hefner himself envious. He has dubbed himself the Playboy King of Instagram.

His lifestyle is so insane that Dan has had three heart attacks before the age of 32. Dan was featured on Joe Rogan’s podcast on YouTube where he explained the run up to his poker career and current lifestyle.

Personal Life: Bilzerian announced his bid to run for President of the United States in June 2015. He ended up endorsing Donald Trump in 2016.

In August of 2018 Dan flew to Armenia with his brother Adam and father Paul to take their oaths to obtain Armenian citizenship. While he was there, he visited a shooting range and fired weapons. The government of Azerbaijan sent a note of protest to the U.S. Department of State. A court in Baku issued an arrest for Bilzerian and put him on the international wanted list.

Dan was present at the Las Vegas mass shooting on October 1, 2017. He had filmed himself several times that evening and posted videos to his Instagram. In the first video, he was seen fleeing to safety.

In the second video he uploaded, he stated “Had to go grab a gun. I’m f—cking headed back”; however, in his final video, he was headed home and was seen stating “I don’t think there’s much I can do.” There was much media debate over his decisions that night.

Dan Bilzerian Real Estate: Dan has lived most of the last decade in the Hollywood Hills, Bel Air and Las Vegas. For tax purposes, Dan’s primary residence is Las Vegas, Nevada. In 2014 he purchased a 5-bedroom home in Summerlin South for $4.1 million. He sold that house in 2017 for $5.1 million and then purchased a new house nearby for $10 million.

In 2018 Dan rented an absolutely enormous, four-story, 12-bedroom Bel Air mansion for a reported $50,000 per month. He had been previously spending $39,000 per month to rent his home in the Hollywood Hills. In his new mansion, which he aims to make feel like a night club, there’s a two-lane bowling alley, a wine cellar, a movie theater, a sports room, and five bars.

Below is a video tour of the enormous Tampa mansion where Dan grew up: